Yesterday we got caught up in the search for the McEachern ancestral stomping grounds and didn’t arrive in Charlottetown until quite late. Fortunately we were still early enough to find a lovely pub for dinner, but unfortunately we were too late to see much of the city. So we decided to delay our departure and take the morning to walk around the capital, however briefly. We stared with St Dunstan’s Basilica Cathedral, conveniently close to Starbucks, and adjacent to the statue of Bishop Angus MacEachern.

From there we walked through Confederation Landing (more history lessons…) and then headed over to Victoria Park. Along the way we saw more historic maritime houses. 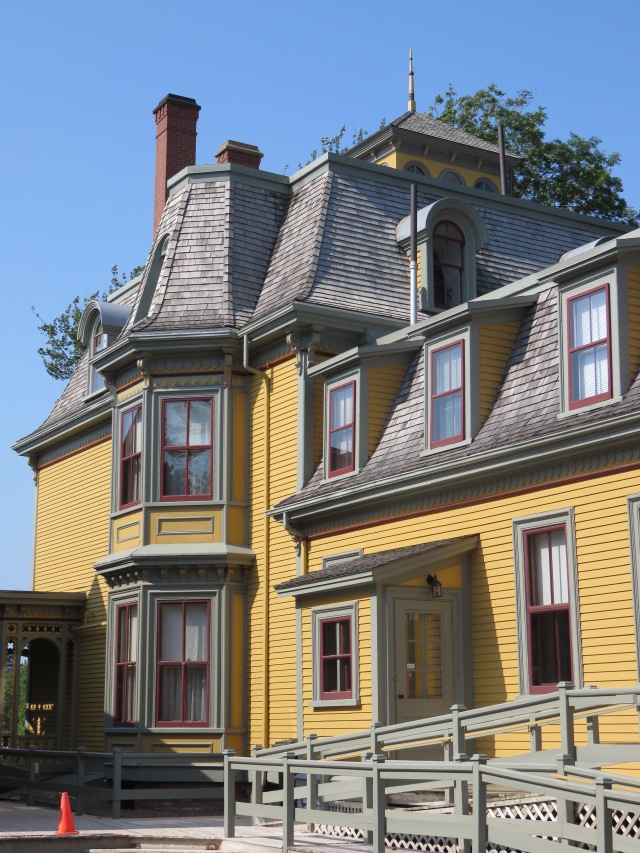 It was a bright sunny day, with brisk winds, making for a thoroughly enjoyable morning. 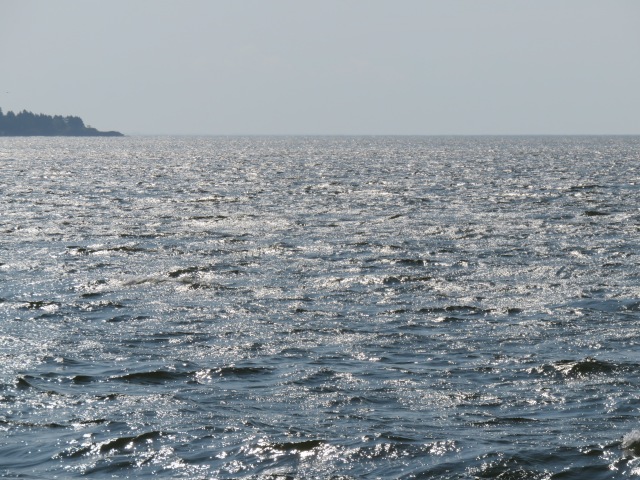 I have often been told that I am easily amused. It may be true, because one of the more interesting things I saw along the waterfront was the lichen growing on the red PEI rocks.

We would have loved to keep exploring, but we were running out of time. We headed back to the hotel before check out time. The rest of the island will have to wait for our next visit – which I suspect will be fairly soon.

Here is a parting shot of the bridge as we headed back to the mainland.

And then it was driving. We knew this was going to be one of our longer days – a good eight hours on the road. It was warm and sunny when we left PEI, so we were able to enjoy driving with the top down. But within an hour or two we had to accept the inevitable and put the top up. Good thing, because before long the temperature began to drop and the skies opened up.

On day two, the drive south from Quebec City had been easy, but relatively uninteresting. We passed through long stretches of road with nothing to see but the trees on either side of the road. We chose a different return route in the hope of finding something more interesting. At the half way point we were wondering if we had made the right call. Instead of a four lane divide highway, we had a two lane road, but the view was the same – nothing other than trees on either side. The heavy rain wasn’t helping either, but as the rain began to ease we realized that the “dark clouds” were actually hills.

And as we drove, the mountains began to emerge. Turns out we were driving through the northern portion of the Appalachian mountain range. 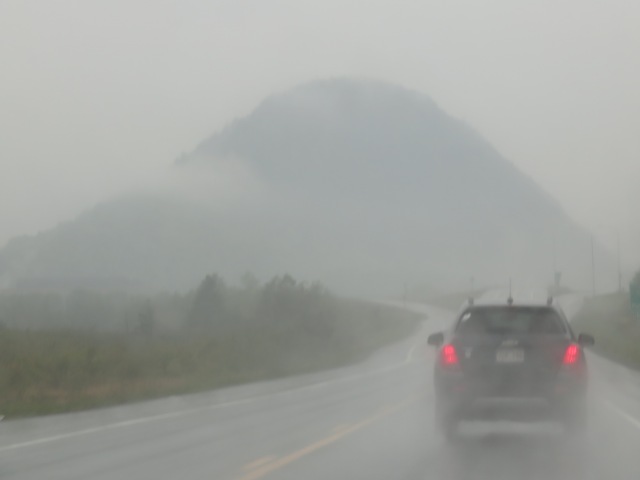 For the next two hours, we drove through a fairy land of ancient mountains shrouded in mist, punctuated by beautiful river valleys. 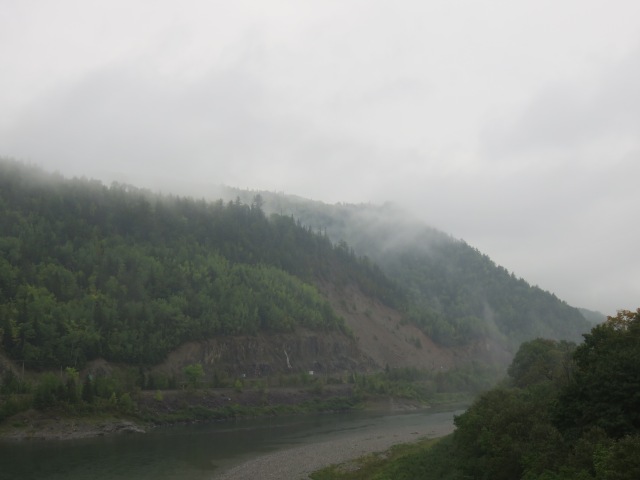 The pictures really don’t do it justice, but they give you a sense of the beauty of the area. Early in the day we were questioning our decision to take this route, but by the end of the day we were convinced we would return.

We arrived in Rimouski early in the evening, and decided to go for a walk along the St. Lawrence river where we were treated to just a hint of the sun setting over the river.

Just before we headed out for our dinner, we spotted a heron looking for its dinner.

Eat, Drink, Travel, Write...
View all posts by If It Was Today →
This entry was posted in Photography, Travel and tagged Canada, Charlottetown, Photography, Rimouski, Road Trip, Travel. Bookmark the permalink.