The basic idea behind Groundhog Day is that the groundhog’s shadow will determine if we have an early spring or six more weeks of winter. This has always confused me because where I live these are pretty much the same thing. Perhaps that’s why local groundhogs generally don’t bother to come out at all in February. There is of course one notable exception – the famous Stittsville groundhog who appears every February to greet winter weary Canadians with a much needed party.

Meanwhile, outside where it was not quite so warm and cozy, the guests were enjoying the fresh air while skating on the lake, complete with … Christmas trees? 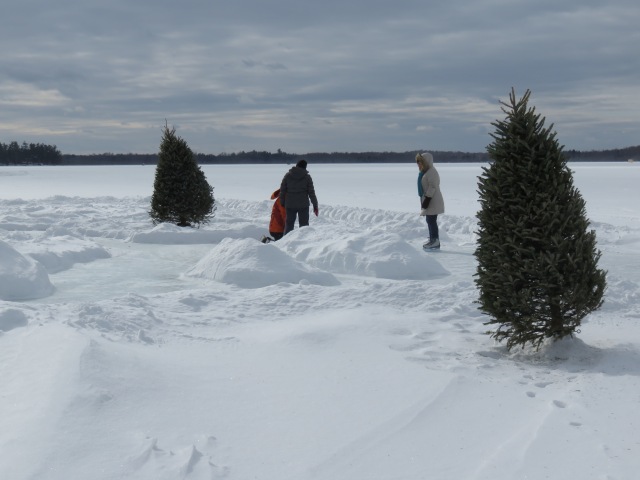 This was not your usual skating rink, which is basically a large (and rather boring) rectangle. This was more like a maze – kind of a snow-maze. Fortunately the snow wasn’t deep enough to risk getting lost when you came to a dead end in the maze. 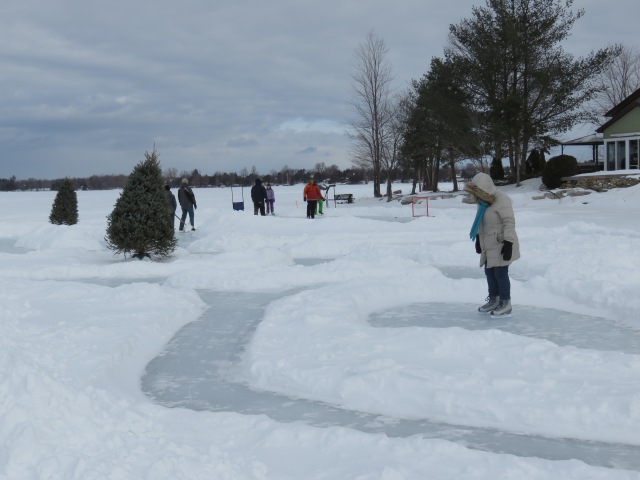 Still, it was fun skating along the winding path. Interestingly, the general consensus was that the best part was clearing the snow to get started.

I realize that I’ve been missing for quite a while – the last time I posted was December 4th. I’ll try to use this post to motivate me, and to provide a theme. Snow. It’s going to be with us for at least another six weeks, so I might as well use it to advantage.

And all of you people who are watching the daffodils push up through the warm earth … I have nothing to say to you – at least nothing that could be said in polite company.

Eat, Drink, Travel, Write...
View all posts by If It Was Today →
This entry was posted in Canada, Photography and tagged Canada, Groundhog Day, Photography, Snow. Bookmark the permalink.