One of the reasons we decided to visit Panama was the fact that it is a UNESCO world heritage site. This seemed like a good thing. It’s hard to object to something that brings investment and tourist dollars to an area that is economically depressed. Or so I thought. It turns out that it isn’t quite that simple. Before long we came across banners protesting against UNESCO.  Not a lot of them, but there were a few.

So in this final post about Panama I want to take a moment to point out the pros and cons.

First, the pros. The old city is being steadily restored, preserving its original beauty with many lovely buildings like this.

But of course this is a work in progress, so you will see striking contrasts between the buildings that have been restored, and those that have not. 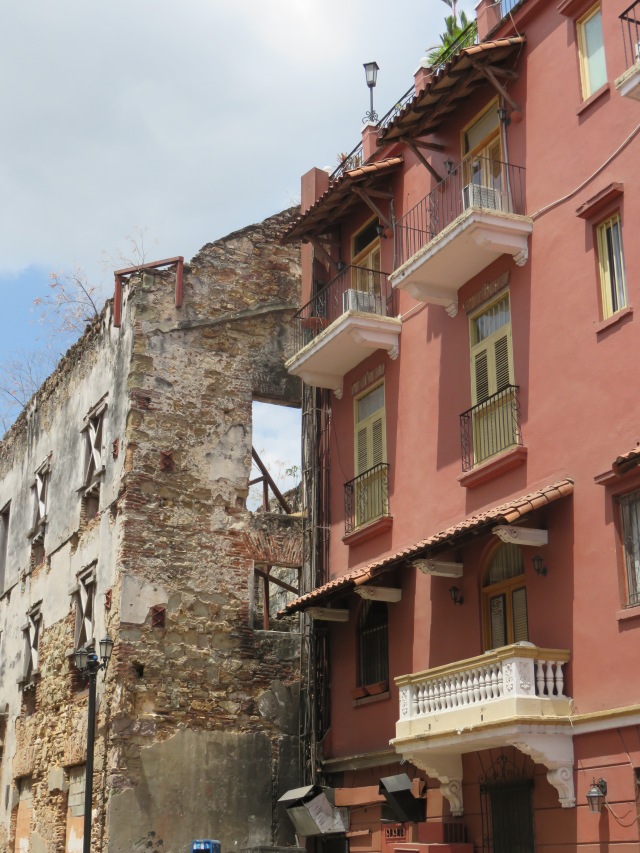 Some of the original buildings are in terrible shape.

And while some are abandoned, there are also some that are still inhabited, and the contrast with the restored buildings is rather stark.

When these two worlds are side by side, it gets messy. 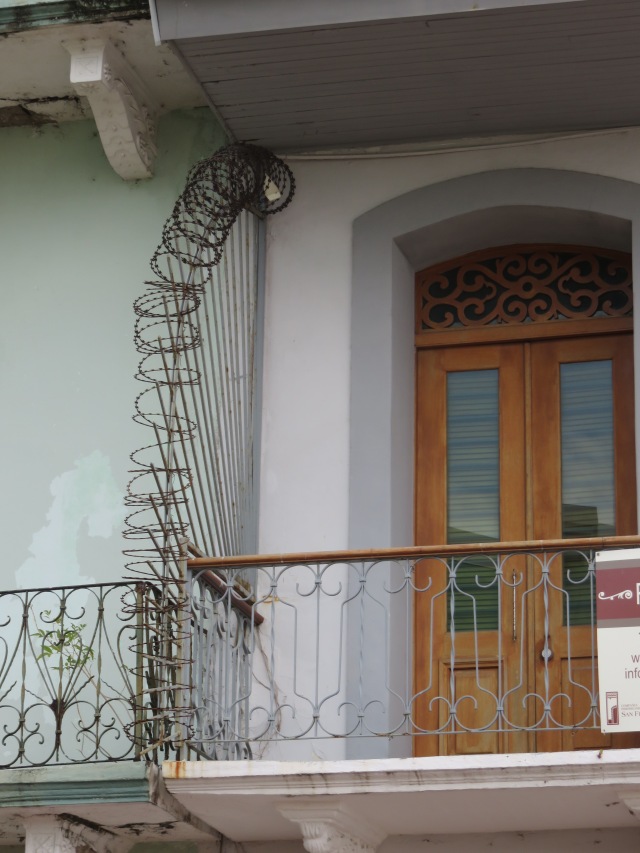 And yes, that is razor wire between the two balconies. 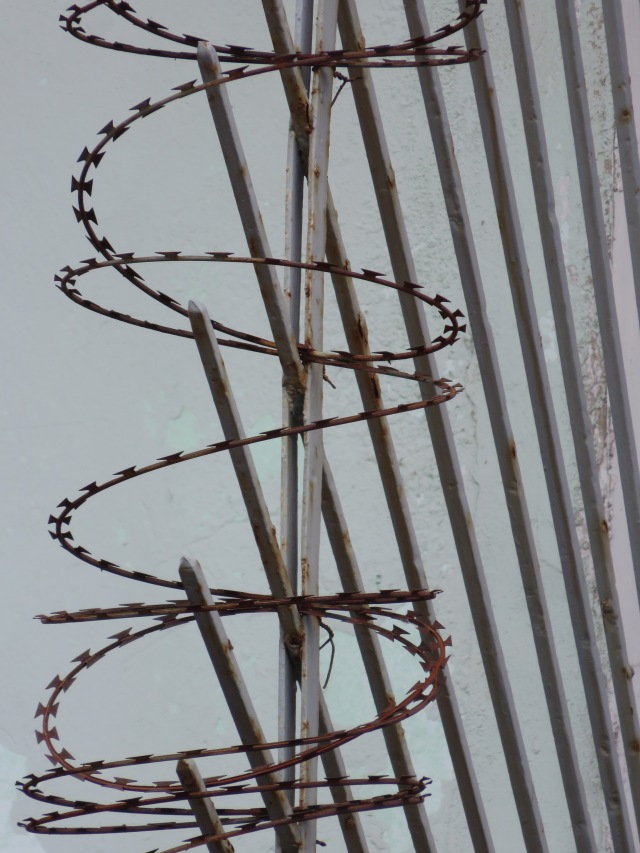 Apparently there are also illegal squatters in some of the buildings, including in some that are part way through restoration.  These partially restored buildings are effectively wrapped in razor wire. 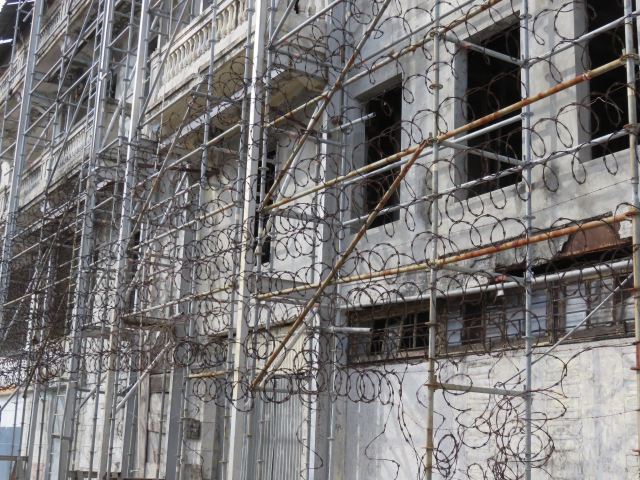 I had the sense that most people were in favor of the UNESCO status and happy for the benefits that it brings.  But there was definitely some resentment toward the gentrification that went along with it. But the simple fact is that we never would have visited Panama if it had not been for UNESCO, so on balance I think it is positive. But as I said, it’s complicated.

Eat, Drink, Travel, Write...
View all posts by If It Was Today →
This entry was posted in Travel and tagged Panama, Photography, Travel, UNESCO. Bookmark the permalink.