Yesterday we managed to stay ahead of the rain until late in the evening. By then we had finished dinner and were back in our hotel for the night. In the morning  it had mostly passed, with only a light mist, but we still had to put the top up. It was an easy drive, though not particularly scenic, except for the vaguely science fiction wind farm.

It was a short day – barely three hours on the road – but we were able to put the top down well before we arrived in Halifax. 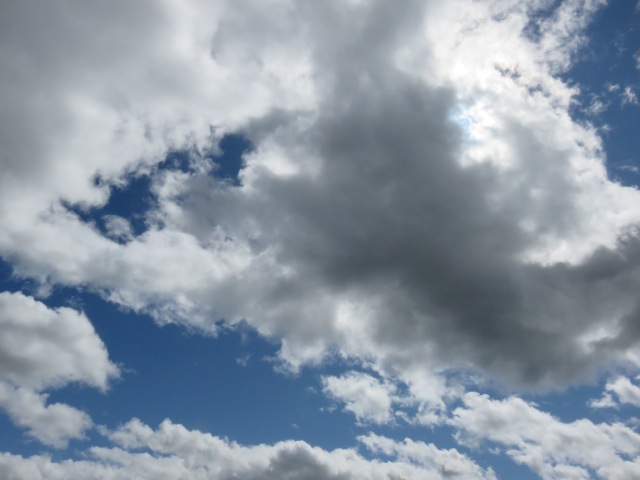 I know there are many things to do and see in Halifax, but this is a “road trip” and we are only spending one night in each city. Think of it as reconnaissance for future trips. So we decided to try something different. Well not completely different – we started with a sampler at the Garrison Brewery, where we had a very unusual Honey Lavender Ale.

Then we headed south to Point Pleasant Park, but to get there we had to walk through an industrial port area. Not the most scenic area, but interesting in its own right. 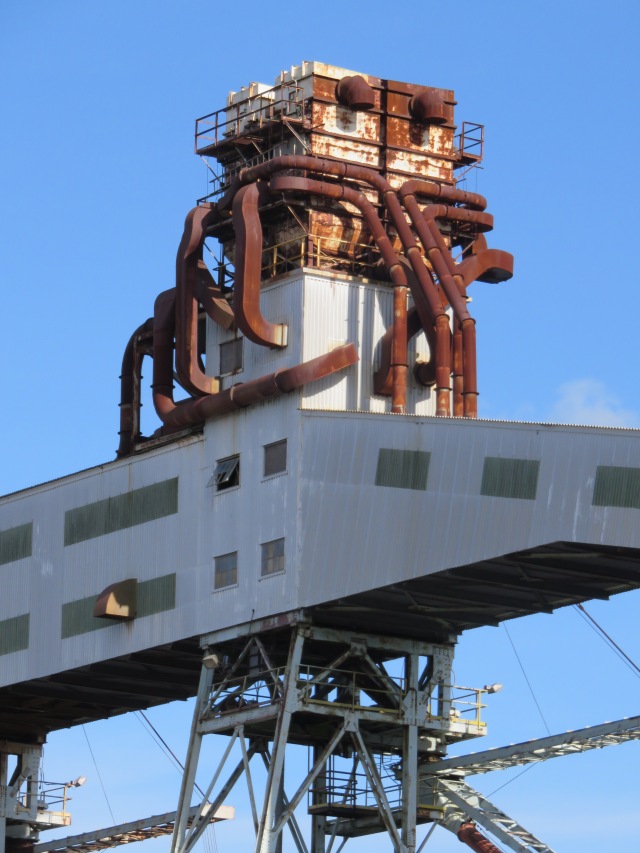 The park was well worth the walk. We started with what has become a bit of a tradition – “touching the bottom of the sea” – something that I learned dates back to our first visit to Loch Ness.

We also spent quite a bit of time just watching the waves break on the shore. 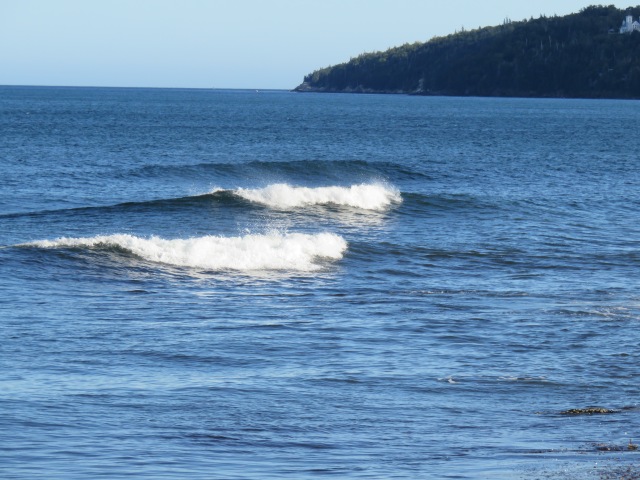 It was a lovely park, but one of my favourite pieces was a sculpture – almost certainly unofficial – set on one of the old concrete gun pedestals.

The original purpose of the area was for the defense of Halifax harbour, and you could see many signs of the abandoned fortifications. One of the better examples was the tower on the top of – you guessed it – Tower Hill.

One rather interesting sight was a tree “sculpture”, which I’m pretty sure was the result of the tree being infected with some type of pest. 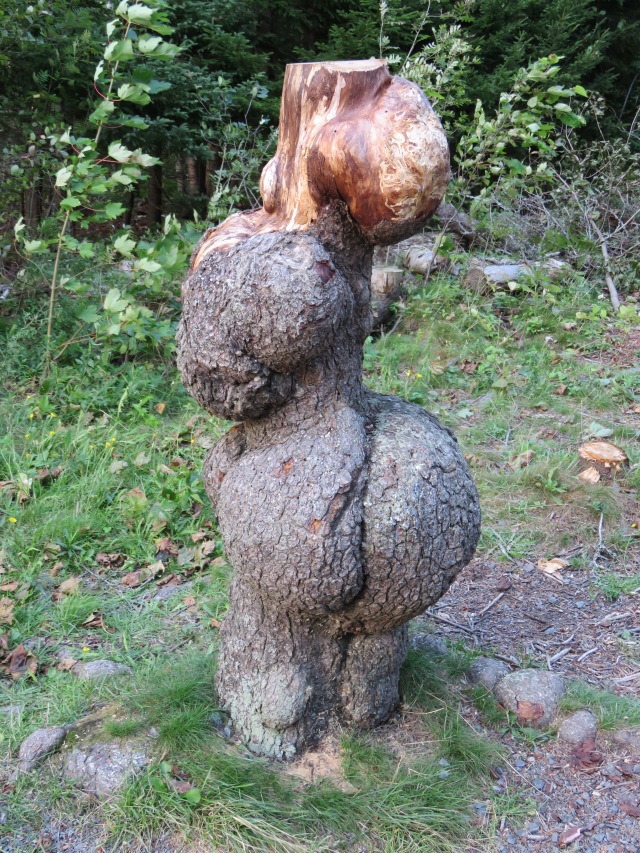 We also found another example where the tree was still alive.

Another scene from the park. 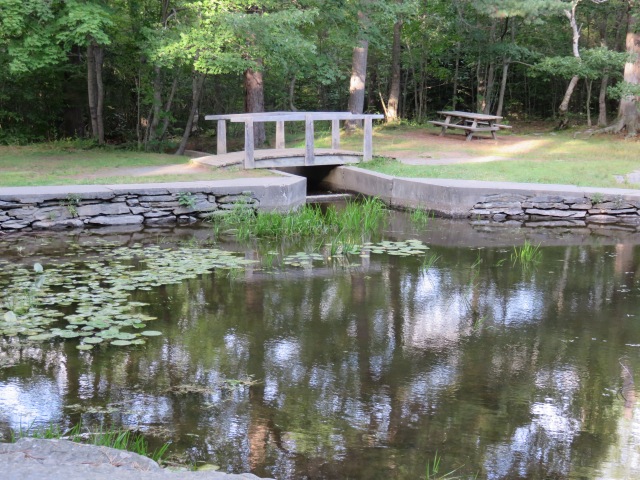 On the return trip we discovered a much better route to the park, through a lovely historic neighbourhood filled with stately homes. 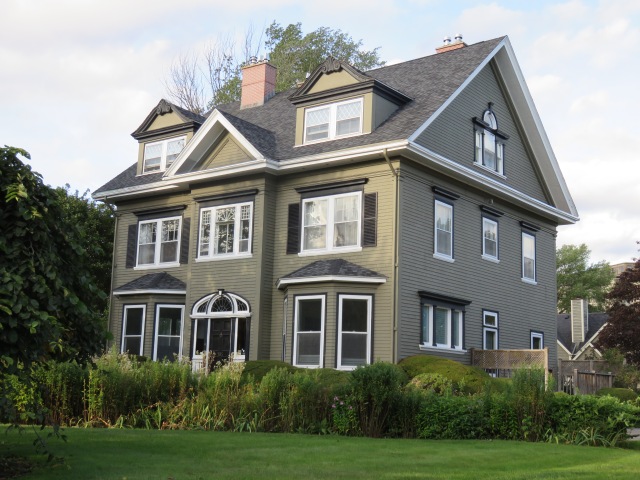 Then is was off to dinner at the Henry House pub – in the historic home of one of the fathers of confederation. But that wasn’t the main appeal – it also has Granite Brewery’s Peculiar Strong Ale on tap, one of my favourites. 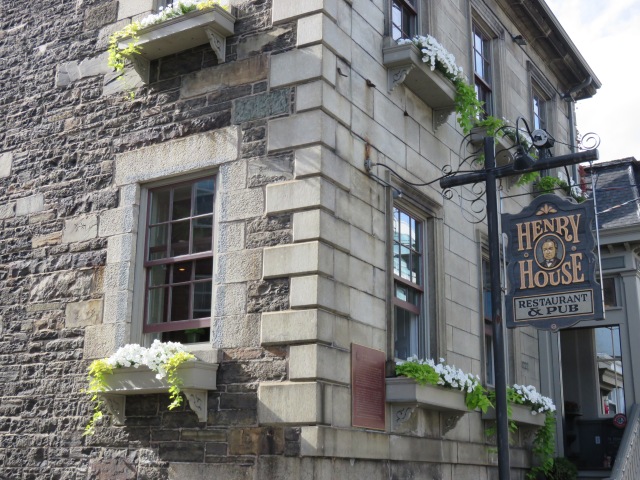 After dinner we walked around old Halifax. This mural caught my eye.