Oh my – has it really been that long since my last post? I must do something about that.

I haven’t been doing much in the way of travel lately, but I have been fortunate enough to visit friends who live on a lake. I didn’t take my camera with me when we went sailing, but later, while we were enjoying dinner and a glass of wine on the deck, we spotted a few loons swimming. Of course, I couldn’t resist taking pictures.

The loons were enjoying dinner as well – in their case it was sashimi.

I happened to capture that image completely by accident – I only realized I’d caught him in mid-swallow when I downloaded the pictures later. Still, I thought it made for an interesting image. Down the hatch… 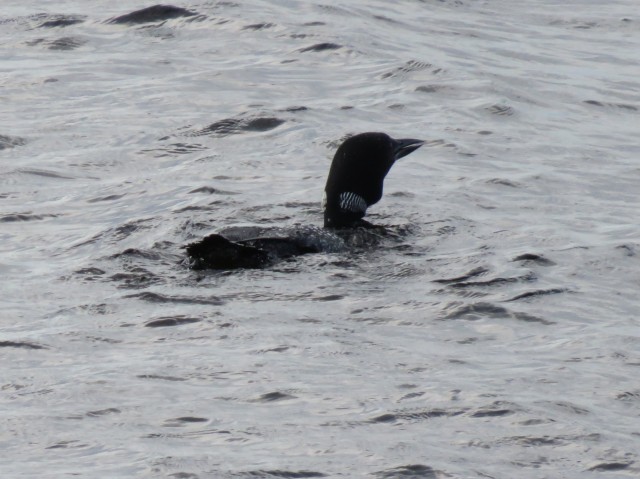 As the sun began to set, the play of light on the water was beautiful. But more about that next time. Hopefully my next post won’t be nearly as long as it has been since my last post. 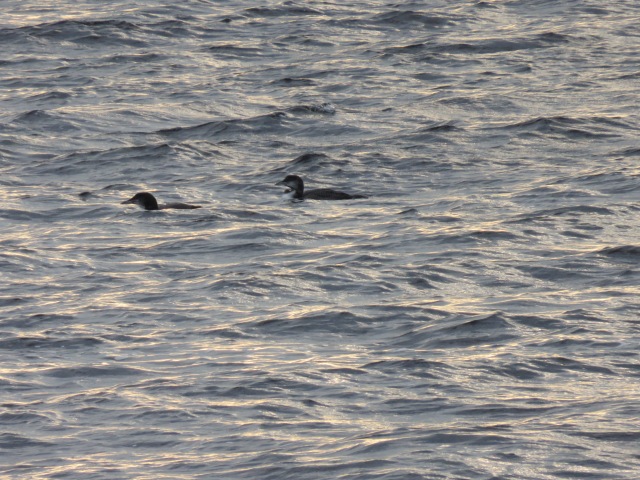 Eat, Drink, Travel, Write...
View all posts by If It Was Today →
This entry was posted in Photography and tagged Canada, Lake, Loon, Photography. Bookmark the permalink.