Dallas is an interesting city of contrasts – at least the tiny little corner I managed to see on this trip. We ate dinner on an outdoor patio overlooking a small park … in the middle of a freeway. Strange as this sounds, it actually worked. And then there is the architecture. The buildings downtown are illuminated with lights, built into the building facade, creating an effect that is far more interesting than the pattern of windows typical of modern office buildings.

In some cases, the building design is almost reminiscent of the orient, evoking images of buildings within buildings. 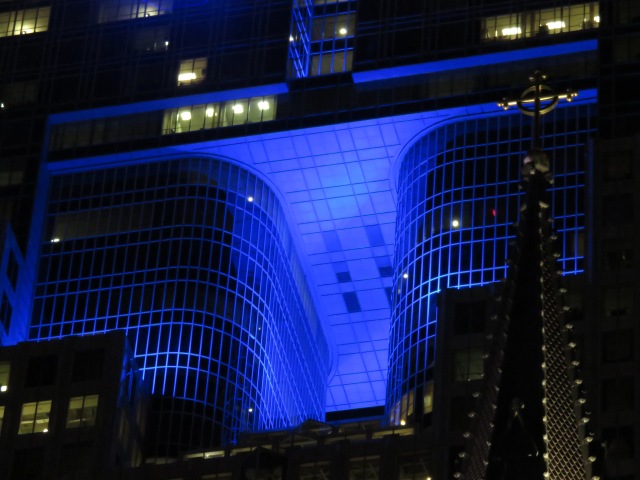 Sometimes the modern buildings dominate, while other times, the light can highlight the traditional buildings, in spite of everything around them.

At other times, simple modern towers can create a striking image. 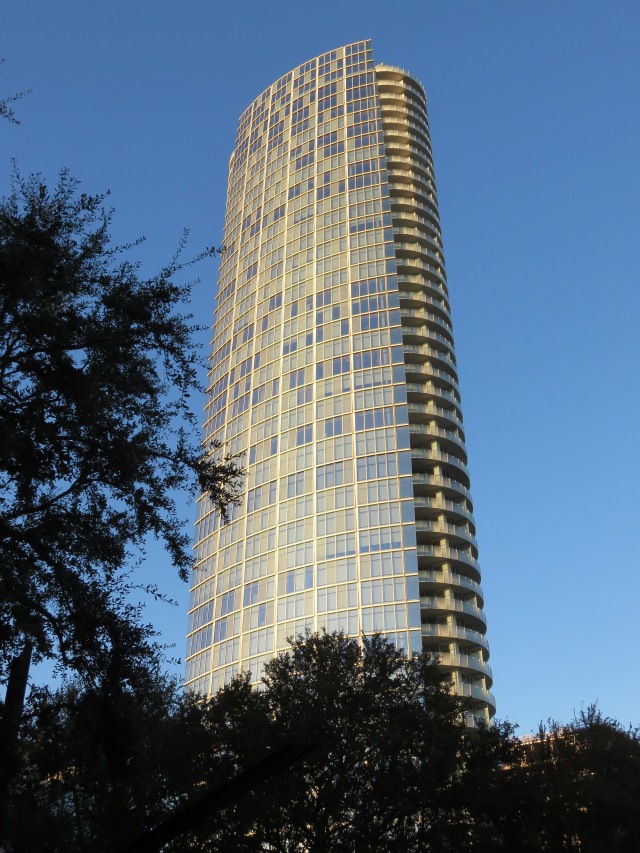 This was the view from the sculpture garden, hidden in the middle of the city. It is well worth a visit, especially on a warm November afternoon. Here is a sampling of the sculptures on display. 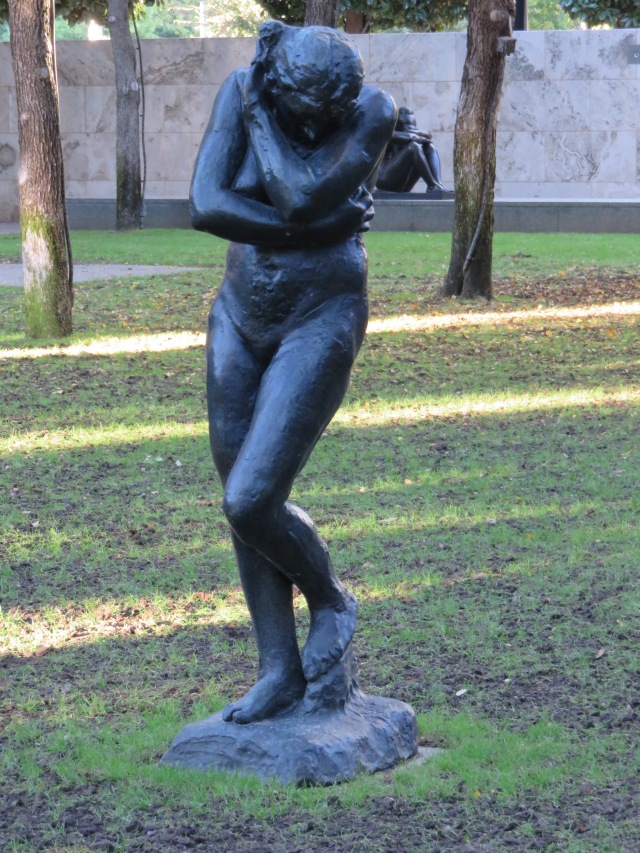 It was definitely an oasis in the middle of the city. 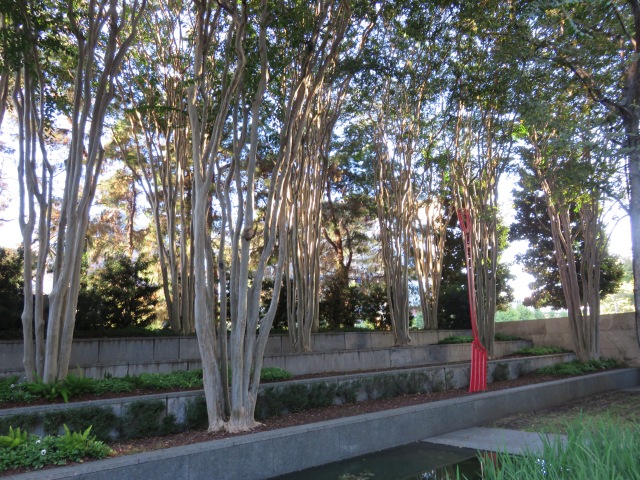 Two final sculptures. The first was an everyday object, but oversized to disrupt the sense of the ordinary. Unfortunately, timing is everything. When the sculpture was created in 1976, typewriter erasers were instantly recognized by most viewers. Not so today.

And perhaps my favorite – for no particular reason – the “quantum cloud”.

And finally, another shot of the super moon.