So Close and Yet, So Far…

We spent the day in Old Jerusalem. It was a fascinating study in contrasts, between different cultures, religions and times. It’s really difficult to get your head around cultures that are so close physically, and yet separated by such fundamental divides. I’m not sure I will ever be able to fully explain it, even to myself, but I certainly can’t after a few short days. So I’m not even going to try. Instead, I’m going to leave you with a few pictures, and the impressions they leave. 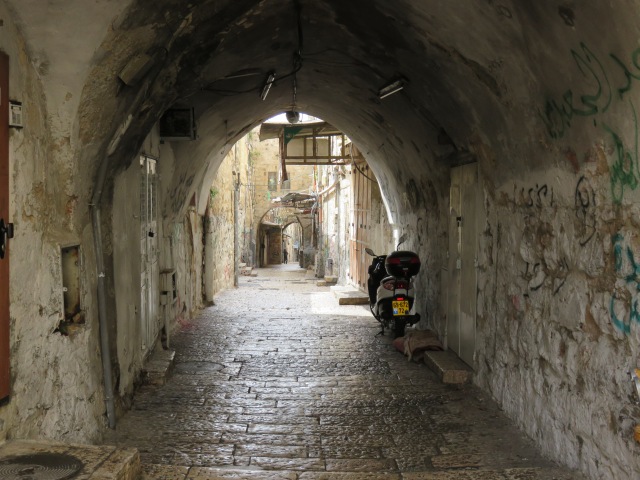 In such a densely populated country, in the middle of an ancient, highly contested city like Old Jerusalem, it’s strange to see a completely empty street. We started early, but not that early, and yet for the first hour it almost felt like we had the city to ourselves. 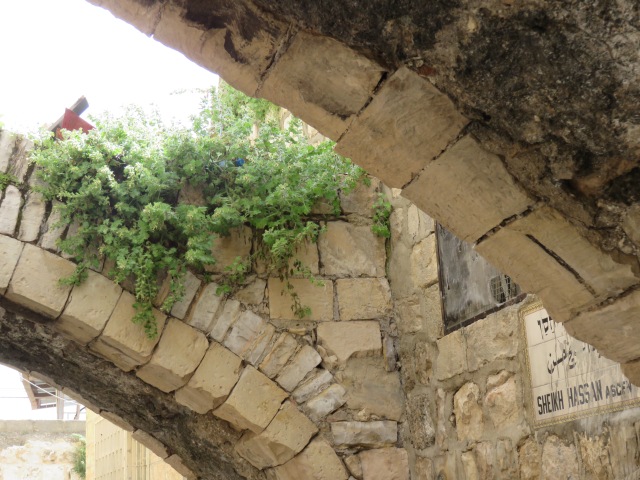 The architecture was stunning and in some ways, almost claustrophobic, and yet there were still signs of nature in the middle of the city. 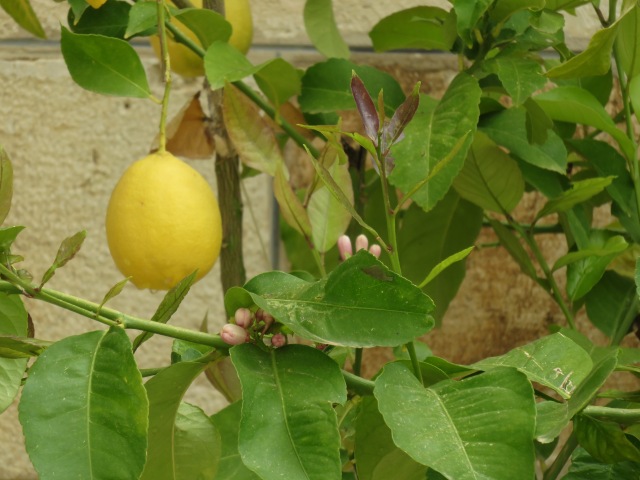 There were also plenty of fascinating architectural details hidden in plain sight, like this “arch” built into a wall. I’m sure there is a story here, but I have no idea what it might be. 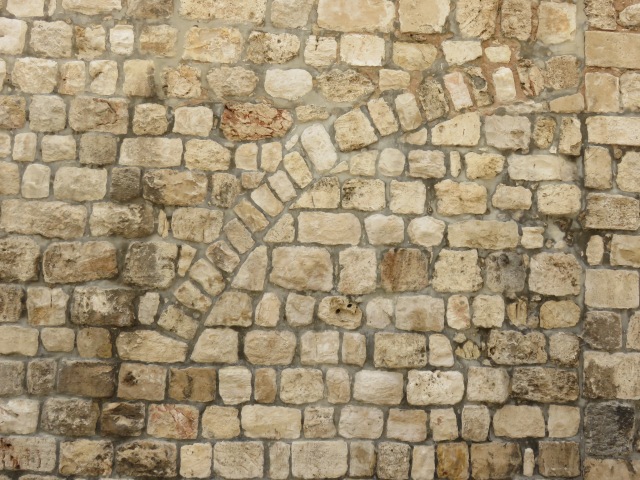 We also visited the Dome of the Rock, with a juxtaposition of architectures dating back well over a thousand years. I could give many examples, but I will leave you with just this one. 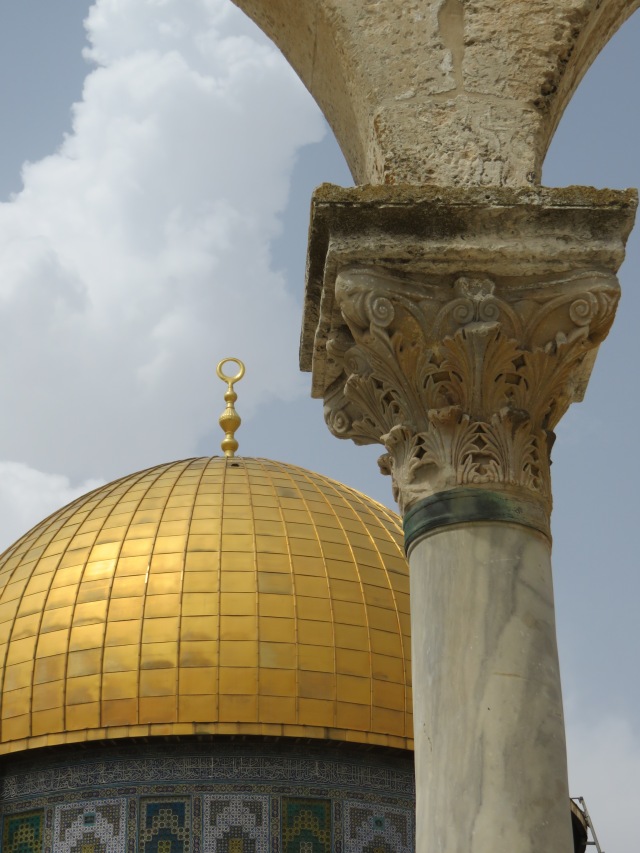 I found the Western Wall equally fascinating. It is one of the holiest of Jewish sites, and yet it is effectively the retaining wall for the plaza that holds the Dome of the Rock. The proximity is both fascinating and terrifying. 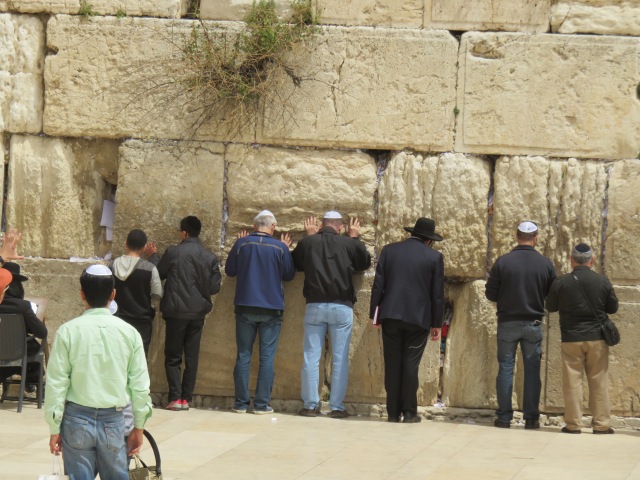 Given the mixture of cultures, the tension isn’t surprising. I hesitate to say “clash of cultures” but in this case it might just be an appropriate term. 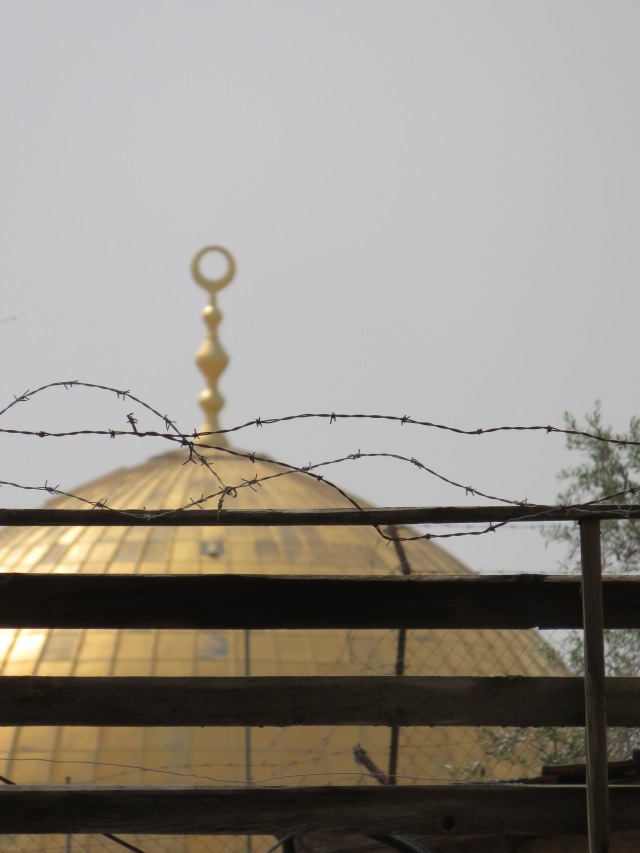 Our final stop gave us a stunning view over all of Jerusalem, including the Dome of the Rock. It was well worth the nearly 200 steps we climbed to reach it. 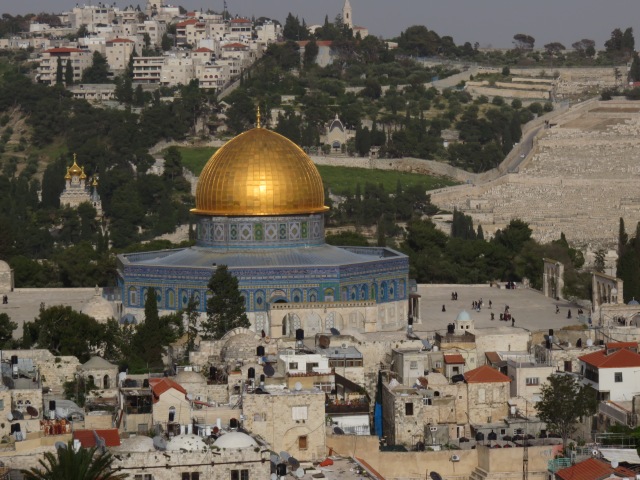 7 Responses to So Close and Yet, So Far…