While standing at the tasting bar on the Shipyard Brewery tour, I mentioned that the thought of driving into Boston, especially with our out of date GPS maps, rather terrified me. The couple next to us laughed and said that driving in Boston terrified them too – and they lived there. This was not what I needed to hear.

I was thinking about that comment as we headed south on yet another perfect day for a convertible. It was a relatively short drive, so we decided to take the scenic route. Our ninety minute drive took closer to three hours, but along the way we had charming views of the Maine, New Hampshire and Massachusetts countryside. It soon became clear that we were not the first people to follow that route. The road was lined with an endless stream of hotels, motels, inns, cabins, camp grounds, B&Bs, and other forms of accommodation. I’m confident that tourism figures prominently in the local economy.

Our first stop for the day was Salem. Ian had recently discovered that one of our ancestors (technically, one of his) played a prominent role in the Salem witch trials. Not my side of the family thank heavens, but still worth a stop. It’s difficult to get your head around the hysteria that would lead to over 200 people being accused of witchcraft, and over 20 being executed for it. It is equally difficult to reconcile Salem’s history with the pretty little town that it has become. But we did our best to balance respect those falsely accused in the past, with sympathy for those trying to make a living today. It’s definitely a balancing act.

By the time we finished touring Salem it was getting late, and we psyched ourselves for the drive into Boston. The question was which route to take? The turnpike would mean braving Boston’s infamous network of freeways and tunnels from the “big dig”. In theory it would be faster, but in practice, who knows. With the ongoing construction, a lot had changed since the last time I’d updated my GPS maps. On the other hand, avoiding the motorways would mean enduring Boston’s narrow streets, and heavy traffic. It was a tough call, but in the end we opted to avoid the freeways. If I’m being completely honest, I should say that we opted to try to avoid the freeways. But of course as soon as we were getting close to Boston, we took a wrong turn, and ended up on the freeway. At that point all bets were off. We ended up driving past Logan airport, taking the tunnel into Boston, and driving on a downtown freeway before finding an exit that took us into the middle of the financial district at the height of rush hour. Let’s just say it was interesting, though perhaps not the optimum route into Boston – unless of course you were looking for an interesting story. I’m pleased to report that we made it to the hotel in one piece, though Ian did suggest he might need a change of clothes. I didn’t have the heart to tell him the driving wasn’t nearly as bad as I’d feared.

A long walk through Boston Common then back along the Charles brought us to the final leg of our tour – dinner and more beer tasting. Over dinner we completed the tally of the different beers we had tasted on the trip, and realized we were still a few short – of the answer to life, the universe and everything. So we did what any not-so-sensible people would do. We asked the waitress if she could recommend a bar to complete the tour. Preferably someplace with an interesting selection of local micro brews. We were not disappointed.

Burkowski’s is the kind of hole-in-the wall bar that I love to stumble upon when I travel. It didn’t look like much, and was only half full when we arrived about 10:00 PM. But by the time we left at 11:30, it was overflowing – on a Tuesday night, no less. Best of all, it had a rotating list of 20 very interesting local micro brews on tap. I finished the evening with a cask conditioned Russian Imperial Stout, that was like dessert in a glass. Ian had his favorite, a Sam Adams Pumpkin ale. As we savored our last pint, we declared the great 2013 craft beer tour an unconditional success, after having tasted a total of 42 different beers.

The next morning it was time to head for home, and back to reality. Virtually the entire trip had been on minor roads, but no more. It took us all of three blocks to reach the on ramp for the Massachusetts Turnpike. From there, it was all freeway until we were five minutes from home. In some ways it was a fitting transition back to the rat race. Until next year… 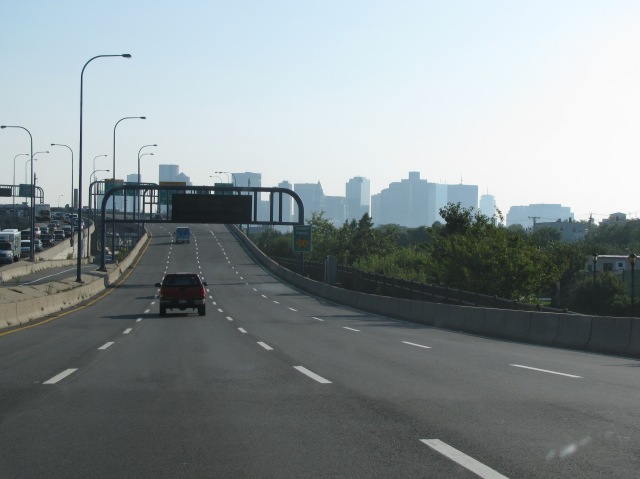 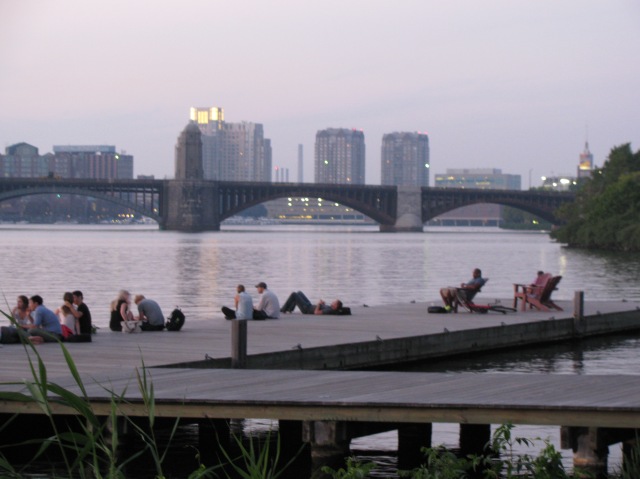 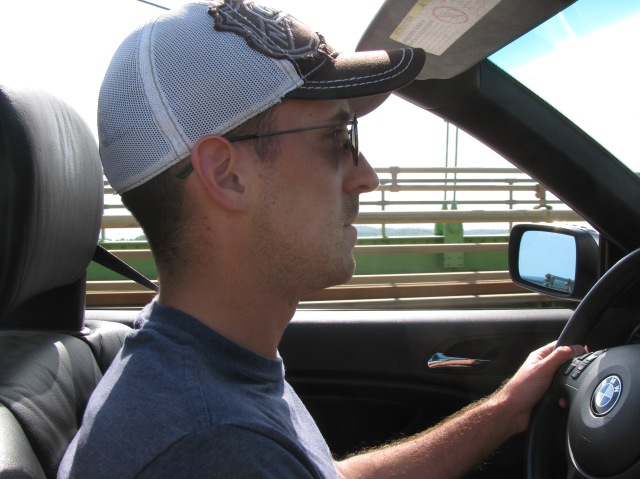 Eat, Drink, Travel, Write...
View all posts by If It Was Today →
This entry was posted in Travel and tagged Boston, Craft beer, Travel. Bookmark the permalink.