The day began with a problem. Fortunately it was not my problem to fix. I hadn’t been certain of this at check-in when the not-so-friendly night manager had insisted I didn’t qualify for the “friends-and-family” rate shown on my reservation. The best rate I was eligible for, he curtly informed me, was “nearly-friends-and-family”, at about twice the price. But to get even that, I would need a different form, otherwise I would have to pay the even more expensive list price. It was late, I was tired, and it could be sorted in the morning. As I headed for my room, I asked if I could have my discount form back.

He looked taken aback. Before handing it to me, he scrawled across the form “Not Valid, Not Eligible for Rate”. He then stated, in no uncertain terms, that if the form was altered or marked up in any way, it was completely invalid. I took the form, and headed to my room, where I carefully read the fine print on my reservation, and on the discount form. It was pretty clear that I was in fact eligible for the rate. But this was not the time to resolve this problem. I put everything away, and opened the first beer on our Craft Beer Tour – Mad Tom IPA.

In the morning, at check-out, I showed the desk clerk my reservation, and my discount form, pointing out that they matched exactly. I said I was confused, and asked if she could explain the problem. She looked carefully, and then agreed. It took some time, requiring a call to her manager, a system override, credit card refunds, and more paper for the printer, but in the end it was all sorted. I received the original “friends and family” rate, in spite of everything I had been told the night before. While I was waiting, I entered the GPS coordinates for the next leg of our trip, to St. Andrews New Brunswick.

On our way into Montreal, the GPS had not been entirely helpful. We eventually arrived at the hotel, but this was mostly because we could actually see it, not because the GPS was directing us to it. This may have been because my GPS maps are about five years old, or it may have been because of the maze of construction and detours. But as our journey to St Andrews continued, it became increasingly obvious that it was time to update my GPS. Missing bits of road, strange detours, and unhelpful street names all reinforced the message. And then, entirely unexpectedly, we arrived at the US border. When the customs agent asked why we were here, all we could say was “we’re going to New Brunswick, and our GPS decided to bring us this way”,

Customs was a breeze. Apparently we were not the first to arrive at the border because of our GPS. But then things got strange. We passed a slightly deranged man walking along the highway, shirtless, carrying a rake. When he began raking the highway, we started worrying. It looked like the opening sequence of a really bad horror movie. Next, we saw a sign for “bridge repair ahead”, which brought back memories of Beetlejuice. About this time, we began to suspect that our GPS was out to get us.

Fortunately the feeling was short lived. We soon found ourselves driving along the most amazing, scenic, winding road through a landscape of rivers, forests and hills. The only thing missing was other cars, but that was not a problem. The BMW is meant to be driven, and these roads were meant for driving. It was divine.

We arrived in St. Andrews later than we had intended, but our room was waiting for us with a lovely view over the Bay of Fundy. And after a short walk down the street, we found ourselves on the patio, with the smell of the salty sea air, and a Picaroons Best Bitter to finish the day. The food was pretty decent too. Our Craft Beer Tour was underway in style. 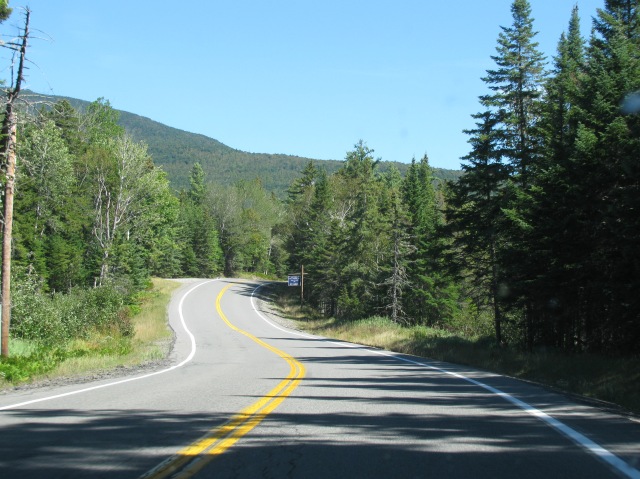 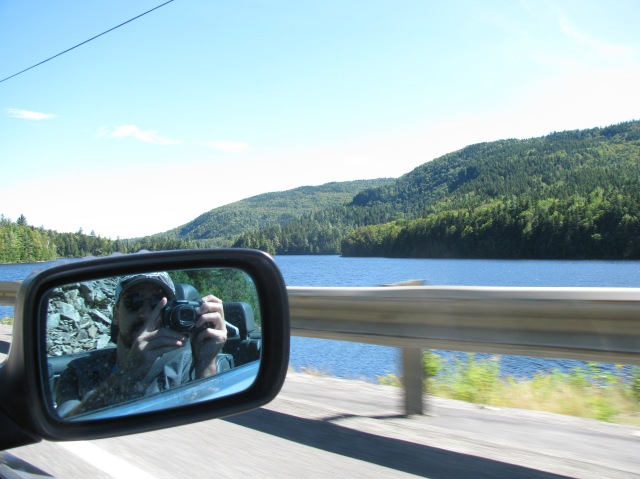 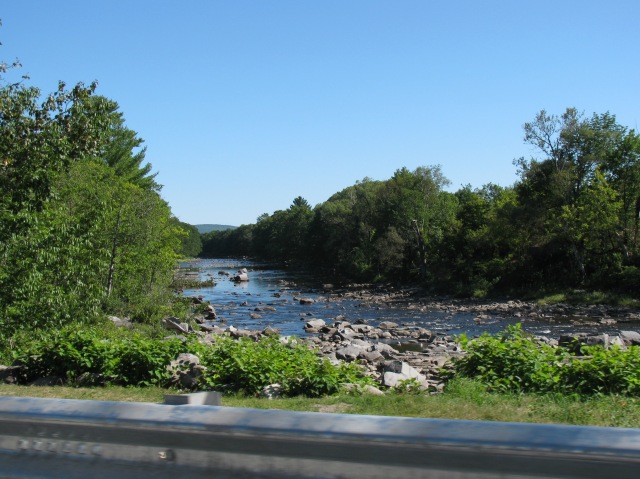 Eat, Drink, Travel, Write...
View all posts by If It Was Today →
This entry was posted in Travel and tagged Maine, New Brunswick, Photography, Travel. Bookmark the permalink.

1 Response to Trial By GPS